It seems to be the question without an answer. Do we live in North Jersey or South Jersey? Or do we live in Central Jersey? The debate surfaced again today when new Governor of the Garden State Phil Murphy said there absolutely is a "Central Jersey."

The first and most common line of division used for our state is 195. If you live north of 195 you live in North Jersey. Below 195 is South Jersey territory. But that just had to be too easy. That's when the fuzzy realm of "Central Jersey" comes into play. Now keep in mind that I was born and raised in Toms River, where this argument is prevalent.

It may sound crazy, but what you put on top of your ice cream may determine whether you live in the North or the South.

Until I worked in true South Jersey, a "jimmie" was a guy I knew from down the street, not an ice cream topping. I have sprinkles on my ice cream. Does that mean I'm from North Jersey?

This is a crucial factor. When you order a sandwich to go, what do you call it?

It's always been a sub for me. But in the never-ending quest to figure out where we live here is some more evidence. Sub = North, Hoagie = South.

Wawa (the greatest invention known to man) is primarily a South Jersey store. Disagree? What do they call their sandwiches? That's right, hoagies. By default making them a "sign of South Jersey." A sign you can't miss by the way because there's a Wawa every 5 minutes at The Jersey Shore (not that I'm saying that's a bad thing.) Even though there have been more and more Quick Cheks popping up south, they are more prominent in Central and North Jersey.

Watch this guy (who is from what he calls Central Jersey) do the different accents and about 33 others. The Jersey one's are in the beginning. Do either of these sound like you?

There are tons of other comparison's like benny's vs shoobies etc, etc, but after scouring the web for the best map to try to end this debate this is what I found. 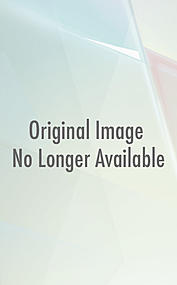 I absolutely think there are three sections of New Jersey. North, Central, and South.